The Balenciaga Arena Tote Bag retails at around $2000. While the IKEA Frakta bag costs $0.99. Spot the difference! Balenciaga hasn’t publicly responded to the controversy, but Ikea doesn’t seem to be too bothered. A company spokesperson told Today, “We are deeply flattered that the Balenciaga tote bag resembles the Ikea iconic sustainable blue bag for 99 cents. Nothing beats the versatility of a great big blue bag!”

IKEA have also released an ad about their Frakta bag. 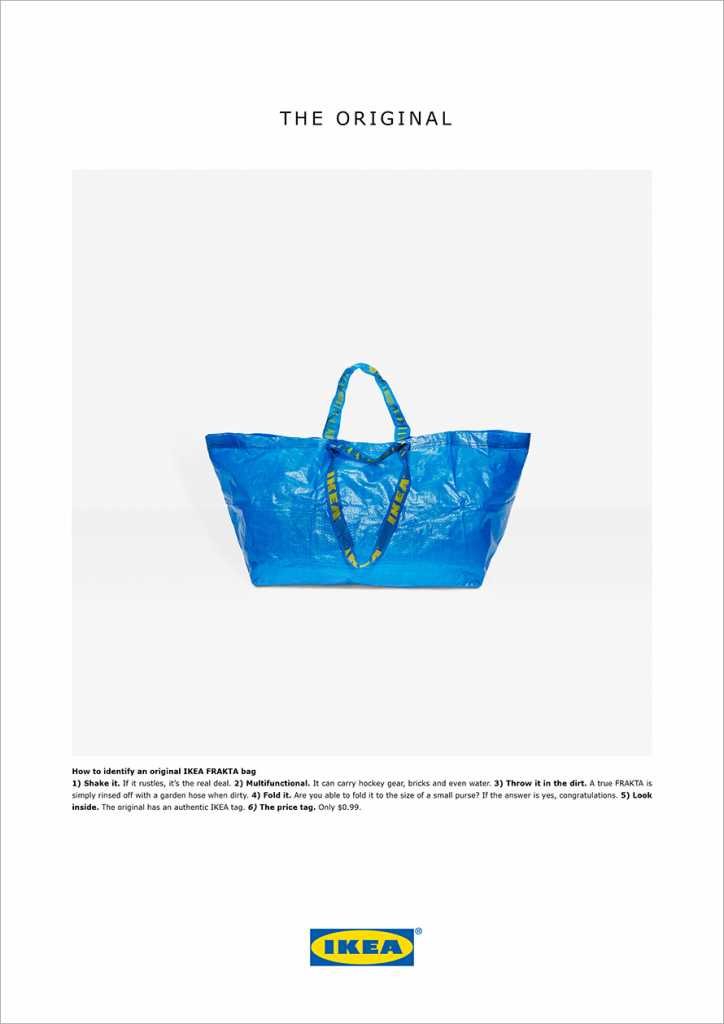 How to identify an original Ikea Frakta bag

Over to you now. What do you think of the two bags? Pretty similar? Tell us your thoughts in the comments below.