25 of the Best Christmas Movies (and Where to Stream Them!)

Have a festive movie night with a difference this year and see how many of the best Christmas movies you can squeeze in! We’ve got our pick of the best for the whole family to enjoy, and where you can stream them – all you need is the blanket and popcorn!

With the festive season upon us, it’s time to catch up on some brilliant family Christmas movies. We’ve picked some of the best to stream on Netflix (UK & Ireland), Amazon Prime and Disney+.

Take your pick from some of the best seasonal animated and live action movies, from The Grinch and A Christmas Carol to Klaus, The Christmas Chronicles and Noelle. Stream The Christmas Chronicles on Netflix

After accidentally crashing Santa’s sleigh, a brother and sister pull an all-nighter to save Christmas with a savvy, straight-talking St Nick. Stream The Christmas Chronicles 2 on Netflix

Unhappy over her mom’s new relationship, a now-teenage Kate runs away and lands at the North Pole, where a naughty elf is plotting to cancel Christmas. Stream The Grinch on Netflix

A grump with a mean streak plots to bring Christmas to a halt in the cheerful town of Whoville. But a generous little girl could change his heart. Decades after his trusted apprentice betrayed him, a once-joyful toy-maker finds new hope when his kind and curious granddaughter comes into his life. Paul, tasked with directing his school’s Nativity play, falsely boasts that his ex-girlfriend plans to turn the production into a film.

Nativity 2: Danger in the Manger An anxious teacher at an underperforming school sets out on a road trip with some students to enter the kids in a Christmas song concert. Christmas With the Kranks Stream Christmas With the Kranks on Netflix

They’re sick of holiday hype. But saying no to the ‘ho ho ho’ just might get them run out a suburbia. A selfish postman and a reclusive toymaker form an unlikely friendship, delivering joy to a cold, dark town that desperately needs it.

Best Christmas Movies on Disney Plus Stream Noelle on Disney Plus

Kris Kingle’s daughter is full of Christmas spirit but wishes she could do something important like her brother Nick, who will take over for their father this Christmas. Soon, chaos ensues and Noelle must embark on a mission to save Christmas! 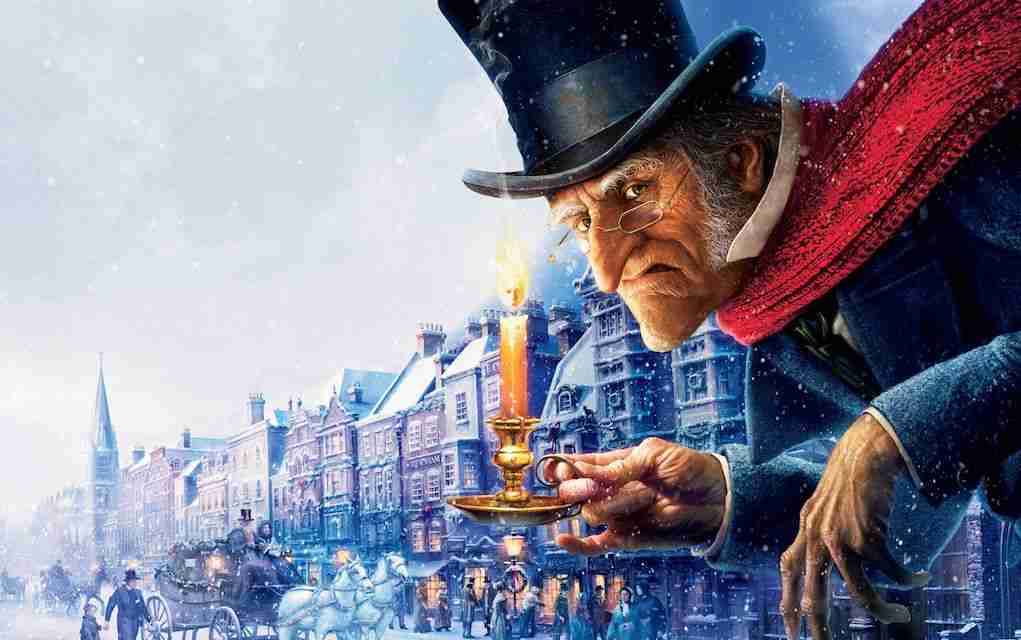 Stream A Christmas Carol on Disney Plus

Ebenezer Scrooge begins the holiday with his usual miserly contempt, but when three ghosts take him on a journey revealing long-buried truths, he must open his heart to undo years of ill-will before it’s too late. Stream Home Alone on Disney Plus

When Kevin McCallister is left behind while his family dashes off on a Christmas trip, he is left to defend his family’s home from two bumbling burglars until his relative return. Stream Home Alone 2 on Disney Plus

Kevin McCallister is all alone in New York City, but he won’t be alone for long as the notorious Wet Bandits, Harry and Marv, are also in the Big Apple.

The Nightmare Before Christmas

Stream The Nightmare Before Christmas on Disney Plus

Bored with the same old scare-and-scream routine, Pumpkin King Jack Skellington longs to spread the joy of Christmas. But his merry mission puts Santa in jeopardy and creates a nightmare for good little boys and girls everywhere. 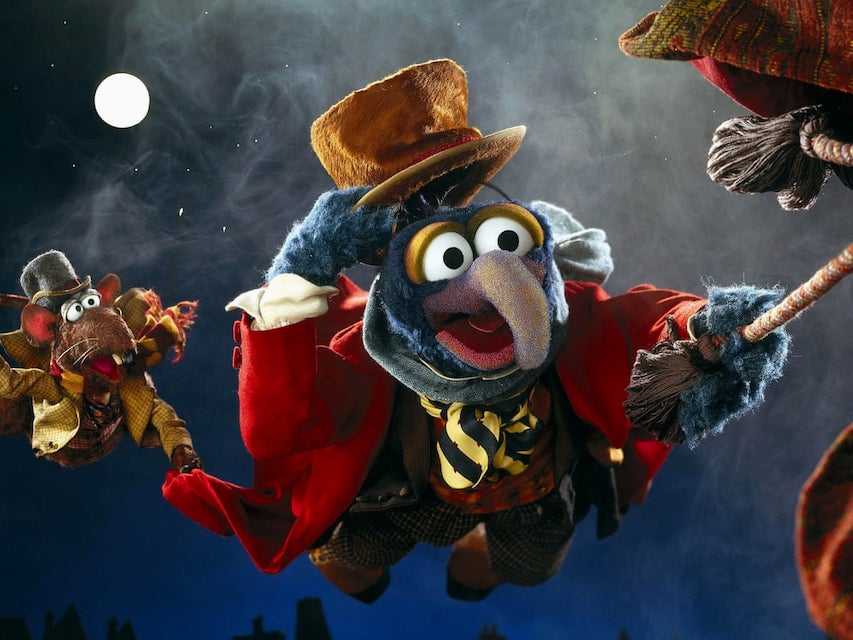 Stream The Muppet Christmas Carol on Disney Plus

The Muppets’ rendition of Charles Dickens’ classic tale puts a unique twist on that fateful Christmas Eve, when Scrooge is visited by the Ghosts of Christmas Past, Present and Future. Stream The Santa Clause on Disney Plus

On Christmas Eve, divorced dad Scott Calvin and his son discover Santa Claus has fallen off their roof. When Scott takes the reins of the magical sleigh, he finds he is now the new Santa, and must convince a world of non-believers, including himself.

Stream The Santa Clause 2 on Disney Plus

Tim Allen returns in this heartwarming holiday sequel as Scott Calvin, who has been a very happy and successful Santa for eight years – but now he faces a new challenge. If he doesn’t get married by Christmas Eve, he’ll stop being Santa forever. Stream The Santa Clause 3 on Disney Plus

Scott Calvin invites his in-laws to the North Pole, but the holidays take a chaotic turn when Jack Frost puts the big freeze on Christmas. Now, unless Scott can get his job back, it’s going to be a very glacial ‘Frostmas’ around the world.

Mickey’s Once Upon a Christmas

Stream Mickey’s Once Upon a Christmas on Disney Plus

Join Mickey, Minnie and friends for hilarious and heartwarming stories of their most memorable Christmases together.

Mickey’s Twice Upon a Christmas 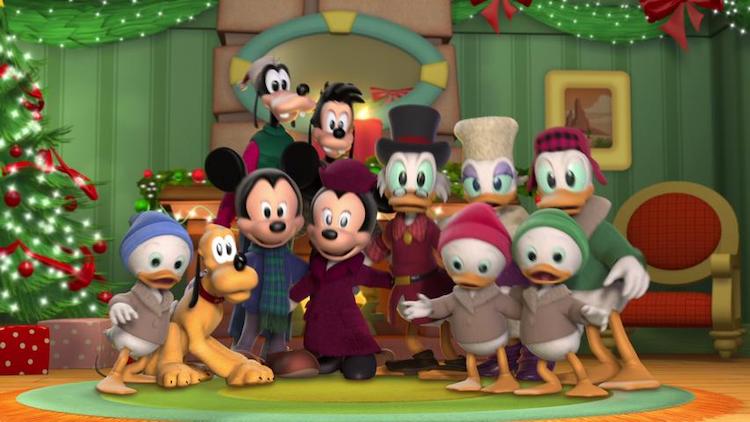 Stream Mickey’s Twice Upon a Christmas on Disney Plus

Santa Claus joins Mickey, Minnie and all their pals in an original movie about discovering the magic of Christmas. Stream Santa Paws on Disney Plus

After Santa loses his memory on a trip to New York, it’s up to Paws, a faithful orphan named Quinn, her new friend Will, and a wonderful group of magical talking dogs to save St Nick and show the world what Christmas is all about. Stream Santa Paws 2 on Disney Plus

When the Christmas spirit mysteriously begins to disappear, the playful and mischievous Santa Pups – Hope, Jingle, Charity and Noble – must race to save Christmas.

Determined to end his neighbour Steve’s reign as the town’s “King of Christmas”, Buddy plasters his house with so many lights it will be visible from space!

An Elf’s Story: The Elf on the Shelf Stream An Elf’s Story: The Elf on the Shelf on Amazon Prime

Nine-year-old Taylor McTuttle has reached a crossroads. Does he believe Santa Claus really knows who is naught or nice? Does he even believe in Santa Claus any more?

A comedy classic that gift wraps the “perfect Christmas” for the much-loved Griswald family.

You May Also Enjoy Download Your FREE Christmas Word Search For Some Festive Fun!

Have your say! What do you think the best Christmas movies are? Leave a comment below and let us know – we’d love to hear from you!