Sick of hearing “I’m bored!” from your older kids? Entertaining tweens indoors can be challenging, as they tend to turn their noses up at all suggestions that don’t involve technology! So if you’re looking for alternatives to plugged in activities, here are 25 of the best indoor games for kids aged 8-12 yrs, that will be sure to keep everyone happy!

Cooped up and bored?

he kids will be driving you and each other crazy in no time, so get them started with one of these indoor games for kids and then listen for the laughter!

No sleep? No problem! Try these 11 entertaining sleepover games for the best ever slumber party!

My tween loves playing this game with his friends. They blindfold one person and raid the cupboards to find items for them to taste. Things like honey, soy sauce, mustard, frozen pea, marshmallow etc. all work well.

The blindfolded person must try and guess what they have been given to taste. Make sure you check for food allergies before playing this game. And it is probably best to supervise the food choices!

A fun way to get the kids’ imaginations going.

Each person gets a piece of paper and a pen/pencil. They write the first few lines of a story, fold the page until the last line or last few words of the previous person’s story is only visible, and pass the paper over the to next person, who writes the next few lines, and so on until the page comes back to the original author.

Since each child cannot see all of the previous person’s story, they must write their lines based on one sentence/word. The resulting mixed-up stories will invariably bring much laughter. 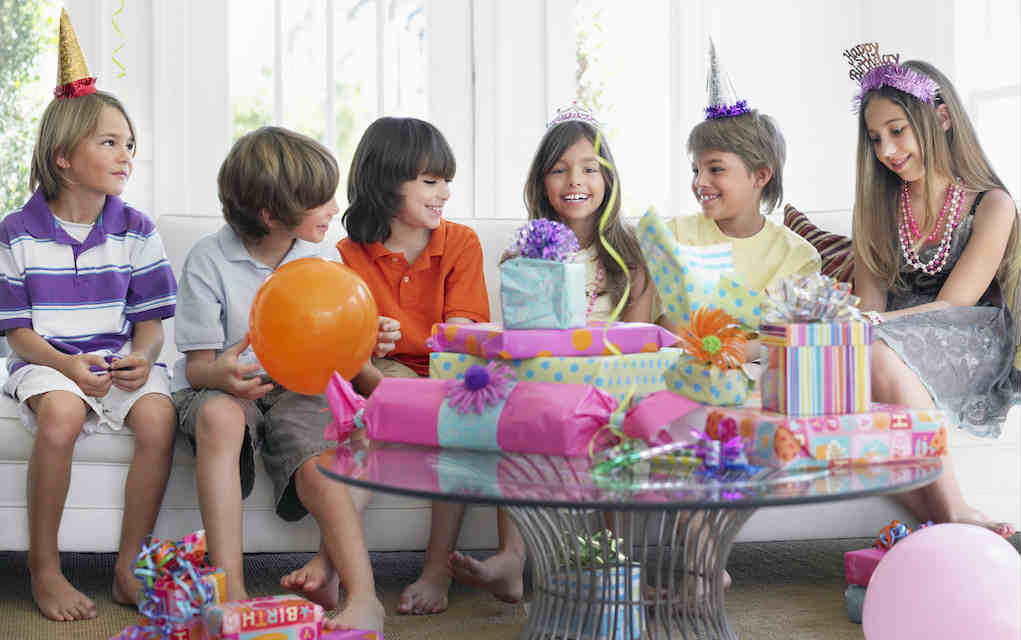 Challenge each other to talk for a minute each without using words beginning with an agreed letter of the alphabet.

One of the best indoor games for kids is ‘Murder in the Dark’! This game is best done at night so that it’s dark when the lights are turned off. Have the kids sit in a circle and close their eyes. You gently tap one child on the shoulder, and they are the murderer. Everyone opens their eyes and you pick a detective.

All you need to make paper aeroplanes is paper and pens for decorating.

First fold your paper aeroplane and then the kids can draw the pilots at the front and the passengers looking out of the windows. Have Paper Aeroplane races and see whose gets furthest.

For this game you will need 10-20 socks rolled up into balls: Make your own secret code up and write a message to your friends that they have to decode. The Pigpen cipher uses symbols in place of the letters.

Each child, or group of children, stands on a rug or cushion in the middle of the floor. This is their ‘flying carpet’ the only problem is, it is upside down! The object of this game is to turn the ‘flying carpet’ over without stepping off it. If you step on the floor you are out!

More difficult than it sounds!

Similar to Murder in the Dark, but with a winking murderer.

All you need is some balloons and either table-tennis bats, or make your own bats using paper plates and sticks for handles.

Clear some space in the hall and off they go.

The first person starts with a geographic place name and the next person has to think of a place name that starts with the last letter of the previous place.

For example: BlackrocK – KilbeggaN – NicE – EdinburgH…and so on. See how far round the world you can get!

This also makes a great car game for kids, particularly if they use places they see along the journey.

Creative indoor games for kids, that don’t require any props of equipment, are always a good idea. To play this game, each person shares three statements, one of which is false and two of which are true. Everyone else has to guess which is the lie. #15. Indoor Obstacle Course (with a twist)

Set up some obstacles in the room. Blindfold one player and the rest of the players must lead them through the obstacle course by telling them the way to go. Left to avoid a chair, right 2 steps to avoid a table. etc.

For bigger groups, split them into pairs and let each playing take a turn at leading and navigating.

Beetle is a drawing game which you play with dice. Each beetle body part has a number associated with it, and that number must be rolled before can draw that particular body part.

Winner is person who gets their beetle drawn first.

One person thinks of a thing or a person and the others have to guess what it is but are only allowed to ask questions that get a Yes or a No. The others must guess by the 20th question. First one to guess gets to pick the next item to be guessed.

Once one of the seekers finds the person hiding, they must hide with that person. This continues until there is only one person left seeking, and everyone else is crammed together like sardines in the hiding place. The last person to find everyone else now becomes the new hider for the next round.

Here’s one by Edward Lear:

There was an Old Man with a beard
Who said, ‘It is just as I feared!
Two Owls and a Hen,
Four Larks and a Wren,
Have all built their nests in my beard!’

Kids get such a kick from this, and works well for all ages – the more kids you have for this, the better.

Sit the kids in a circle, and you tell the first child a sentence of sufficient length, which they then whisper into the next child’s ear and so on. See how much the sentence has changed by the time it comes back to the start.

You May Also Enjoy 20 Great Childhood Games to Play Together

Get the skipping rope out and have a go at skipping 100 times without stopping. Manage that? Aim for 200 now. Check what the world record is for the most skips in 1 minute – can you beat it?! Using marshmallows and wooden skewers or uncooked spaghetti see who can build the highest stack. You may need a few packets of marshmallows for this game as, if they build it well, they may be able to join several skewers together. To win, the stacks must stay up without help!

While you have the marshmallows out, what about learning how to make a marshmallow catapult?

Charades can be played with any type of word or phrase, but with kids you may find that movie titles, television programmes and popular tween literature work best.

Here are 20 highly entertaining party games for tweens that are tried-and-tested for party success!

Hang man is a great game that you can play at home or in restaurants. All you need is a pencil and paper.