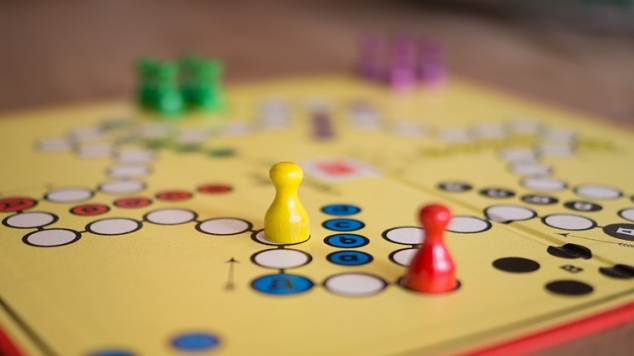 Rain or bad weather got you stuck indoors? Looking for something to do with the kids? How about playing a game together? Board games are a fun way to spend quality time together as a family – here are 20 of the best board games for families, recommended by Mykidstime parents! Buy! Sell! “Go directly to Jail!” Buy real estate, collect rents, build hotels – but don’t go bankrupt as you wheel and deal in one of the world’s most popular games ever published. The classic crossword game that millions continue to enjoy after more than half a century.

Build crosswords for points, add to your score by building words on special spaces on the gameboard. If you can use up all seven of your letter tiles on your turn you get an extra 50 points!

There is also a Scrabble Junior version available. The well known vertical game played with “checkers”. The board is placed in the stand to hold it vertically and the players drop checkers into one of the 7 slots, until one player succeeds in getting 4 in a row–horizontally, vertically or diagonally.

Recommended Reading: The 10 Best Board Games According to Mykidstime parents The aim of Frustration is to bring your 4 coloured pieces or counters around the board up to your “home”. The first person who does this will be declared the winner. You have to roll a 6 to start a piece on its journey.

The frustration sets in when you can’t get the dice roll you want or if a rival player lands on the same space as your counter or “piece”, then your piece has to go back to space 1 even if you are very near the end line. Find it fast! Find it first! Discover your Pictureka moment with this exciting and visual twist on everyone’s favourite game, hide and seek! Pick up a card and try and find the matching object on the 9 game board tiles.

In this game its finders keepers, you get the card if you find the object fast or first – but watch out, the gameboard can change on any turn. Special mission cards instruct players to turn over, rotate or switch one of the 9 gameboard tiles.

Players than take turns rolling the dice, selecting a mission card and trying to find objects fast or first. Three different card decks keep the game exciting – players either have to find a matching image or objects that fall into a category like “things that can fly”. Collect enough cards to win, and you’re the Pictureka champ!

A simple but classic board game for two to four players, in which the players race their four tokens from start to finish according to dice rolls.

This Ludo set in a traditional box is available on Amazon.co.uk for £7.66 and Amazon.com for $8.98 at time of writing.

Recommended Reading: 100 of the Best Boredom Busting Activities for Kids Boggle begins by shaking a covered tray of sixteen cubic dice, each with a different letter printed on each of its sides. The dice settle into a 4×4 tray so that only the top letter of each cube is visible.

From this each player searches for words that can be constructed from the letters of sequentially adjacent cubes, where “adjacent” cubes are those horizontally, vertically or diagonally neighboring. Absolute Balderdash contains several cards with real words nobody has heard of. After one of those words has been read aloud, players try to come up with definitions that at least sound plausible.

Points are later awarded for every opposing player who guessed that your definition was the correct one.

This is one of our family’s absolute favourite games (and it’s great for maths skills too!)

Rummikub is played with a set of 106 elegant tiles that are as durable as they are easy to handle. You have to have 30 points to start with to “meld” to start the game, and then like the card game Rummy, players build up runs of the same colors e.g. Red 7, Red 8 and Red 9 or sets of the same numbers e.g. Blue 8, Red 8 and Black 8. The first person to get rid of their tiles wins.

Popular murder/mystery-themed deduction board game. The object of the game is for players to strategically move around the game board (a mansion), in the guise of one of the game’s six characters, collecting clues from which to deduce which suspect murdered the game’s perpetual victim: Dr. Black and with which weapon and in what room. Dixit is a multi-award winning game, beautifully illustrated where the main player is your imagination. This game tests your logic, ability to bluff and your powers of deduction, while keeping the rules to a minimum.

Dixit is brilliant, simple and great fun. It can adapt to any age or language there are extensions with an extra forty cards which means it never gets boring and it’s ideal for family playing or an evening with friends.

In Jungle Speed, you must rely on your keen sense of observation and quick reflexes. It requires a steady hand – which can be hard to maintain during the many fits of maniacal laughter!

The wooden Totem sits in the middle of the table, waiting for the player with the fastest reflexes to snatch it up and win the game. Each player is dealt a hand of cards. In order to win you must be the first player to get rid of all of your cards. Each turn, all of the players reveal one of their cards. If two cards are identical, those players must make a grab for the Totem. The faster player then gives their cards to their unfortunate adversary.

To add to the difficulty, certain cards are almost identical, which can trick a player into grabbing the Totem by mistake – a grave error. Other cards force all players to make a grab at once, change the method of play, or otherwise add to the difficulty. Do you have the catlike reflexes and the eye of the hawk to win? A long time ago in Italy, a man named Paletti tried to build the tallest castle in the world. But before he could finish, he ran out of money and decided to take columns from the ground floor to construct higher levels above it.

The result was an amazing masterpiece, the Villa Paletti. Can you repeat his daring feat?

The players attempt to get their own columns onto the highest possible level of the Villa Paletti. The game ends when the Villa Paletti collapses, or when players can’t build any further. Villa Paletti is quick, fun and challenging which the whole family can enjoy. Carcassone is a clever and exciting tile-laying game for 2-5 players that develops the area around the southern French medieval city of Carcassonne. Players build roads, cities, cloisters and meadows and then deploy their followers “meeples” farmers, knights, monks and thieves.

The rules are easy, the game is never boring because each time you play the board is built from scratch and there is an infinite number of combinations of tiles and strategies. This is a world best seller and major award winner, it’s a must in your board game collection!

Classic block-stacking, stack-crashing game of JENGA! How will you stack up against the law of gravity?

You stack the wooden blocks in a sturdy tower, then take it in turns to pull out blocks one by one until the whole stack crashes down.

Is your hand steady enough to pull out the last block before the tower collapses?

2+ players, ages 6+ (but younger kids could master this too) The four hungry hippos want to munch a bunch of marbles! The faster you press their tails, the more marbles they try to chomp! If your hippo gobbles the most, you win!

This game is a great way to develop your pre-schooler’s hand-eye co-ordination. Start with one marble in the middle for the littlest players, and add marbles as their skills improve. Another family favourite in our house!

It’s the flip n’ find face guessing game you know and love, with more choices than ever. Each player chooses a person and the other player has to “guess who”.

Narrow down your guesses with yes or no questions like, “Do you have brown eyes?” or “Are you wearing a hat?” Once you have the answer, make your guess. Still going strong after 50 years and I remember adoring this game when I was small! I always wanted to land on Princess Frostine!

In this classic board game you choose your sweet character and then dance your way along the rainbow path to Peppermint Forest, the Lagoon of Lord Licorice and Princess Frostine’s Ice Palace.

Watch out for tiles that make you go backwards as you make your way to King Kandy’s Castle to win. Junior 30 Seconds is described as the “Quick Thinking, Fast Talking Irish Board Game”. Ideally played in teams (but in our house we play with 2 players taking turns if we don’t have enough people about), teams advance along the board by correctly identifying the names that their team-mates are describing.

You have 30 seconds to try to identify as many of the 5 names as you can. Describers can describe names in any way they wish but can’t say the actual names on the card.

The first team to reach the FINISH square is the winner. One of the hottest new games about, the exciting Pie Face game is filled with fun and suspense, and somebody’s bound to get splatted! Just put some delicious whipped cream from home or the wet sponge on the “hand” of this hilarious game unit and start turning the handles.

It could go off at any time, so keep your fingers crossed and hope you’re not the one who gets a splat in the face! You score a point for every time you turn the handle without getting pie-faced, and the one who scores 25 points wins.

Are any of these recommended best board games a family favourite or have we missed one that you enjoy? Tell us in the comments below.