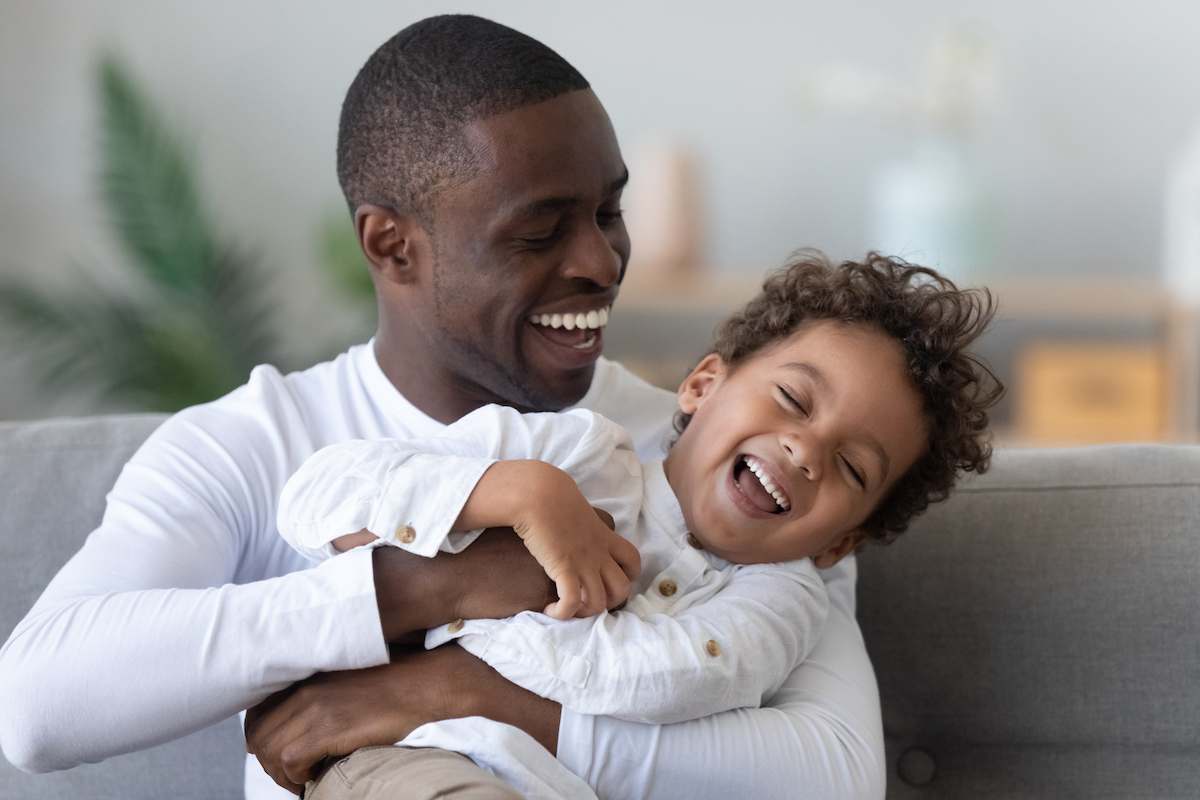 Are you an April Fools house? Perhaps your kids like to play tricks and see who can catch out Mum and Dad? Well, we’ve got the ultimate list of hilarious April Fools pranks for kids so you can give them a taste of their own medicine!

Very few of these fun ideas require any materials or expense, in fact most of them only need a little preparation time the night before once the kids are in bed.

Remember, the best kind of April Fools pranks for kids are the simplest that use some creativity to transform the normal routines and day-to-day activities into something hilarious!

When your kids are in a deep sleep, pick them up and turn them in the bed so they wake up the wrong way round.

You could take this even further and swap them completely into a different bed, a different room, or even to the couch! Imagine their surprise when they wake up in the morning!

If your child is a light sleeper, change up something else – their bed linen would work well.

While your child is asleep, use eyeliner to draw something funny on their face – stubble, a moustache, beard, pirate eye patch, etc.

Change all the clocks in the house and get everyone up an hour earlier than normal. Don’t forget watches, the oven/microwave, and the dash clock in the car.

After everyone goes to sleep on March 31st, get breakfast ready for the following morning – with a twist!

Pour cereal and milk into a bowl, add the spoon and then freeze the whole thing. The next morning, serve up the bowl and watch as your kids try to tackle their cereal!

Take AlphaMom’s tip from the video above and sprinkle some ‘fresh’ cereal on top so it doesn’t look too obvious.

There is no end of fun with a whoopie cushion – it’s one of the classic April Fools pranks for a reason!

Our Elf on the Shelf once brought whoopie cushions at Christmas, and my daughter was still hiding them on us months later!

How much can you turn upside down to confuse the family?

Photos and paintings on the walls are a great idea and easily done, or you could up the ante by also doing small items, things in the fridge that won’t spill, crockery in the cupboards, and so on.

If you have opaque or cardboard milk containers, use some food colouring to change the colour of the milk. Watch their surprise in the morning when they pour ice blue or snot green milk into their cereal!

Dish Up Some Brownies

The promise of freshly baked brownies will have your kids racing for the kitchen – but imagine their surprise when the go to dish up a treat and find some brown Es instead!

All you need is some brown craft paper and a scissors to cut out the letter E. Take it a step further and glue on some multicoloured sprinkles, like this version from Jacks & Sarah on Tauni Everett.

Okay, this time there really is a brownie on the table….or is it? Forget a sponge cake, just use a sponge to make this brownie.

The brownie looks very real but is just made from a sponge, buttercream and sprinkles. The best part of this is it only takes about 5 minutes and everybody will fall for it because nobody is expecting a brownie to be fake. This is such a great April Fools prank!

Use some plastic toy bugs to give your kids a surprise. Hide them in their lunchbox, under their pillow, in their shoes, with their toothbrush, or anywhere else you can think of!

Talk to your child in rhyme for as long as you can manage! These funny goodbye sayings are always popular with kids – toodle-oo kangaroo!

Similar to above, sing everything to your child as if you’re in a Disney movie or musical. See how long you can keep it going!

Offer your child a delicious cupcake, then watch as they bite into one of these April Fools cupcakes from Courtneys Sweets instead. Instead of sponge, they’ll get a mouthful of meatloaf cake with mashed potato buttercream!

Use mini marshmallows and some food-safe pens to create little eyeballs. Now freeze these in an ice cube tray with some water to cover. Once frozen, pop them out and add them to your child’s drink for an ice cold fright!

We love this April Fools idea on Kids Activities Blog to pick a ridiculous argument.

“Choose a silly side of an argument, and start arguing with your child. I usually start with something like, ‘Stop begging! No matter how hard you fight, I just won’t allow you to go to school’. It catches them off-guard and then they start automatically arguing the other side. No matter what they say, keep misquoting them and pushing your silly argument. This often works well for bedtime battles, because eventually they are just worn out by the ridiculousness!” Don't miss our pick of what's on and things to do with kids around ...

Get Creative with These Brilliant Easter Egg Colouring Pages!

Easter is possibly the most colourful of all holidays, embracing a whole rainbow of ...

Are you an April Fools house? Perhaps your kids like to play tricks and ...

If you are looking for some new ideas for family night fun, we've got you ...

Brighten up your Springtime and keep the kids amused at the same time with ...

With the Easter holidays coming up, having some extra activities for the kids is a ...